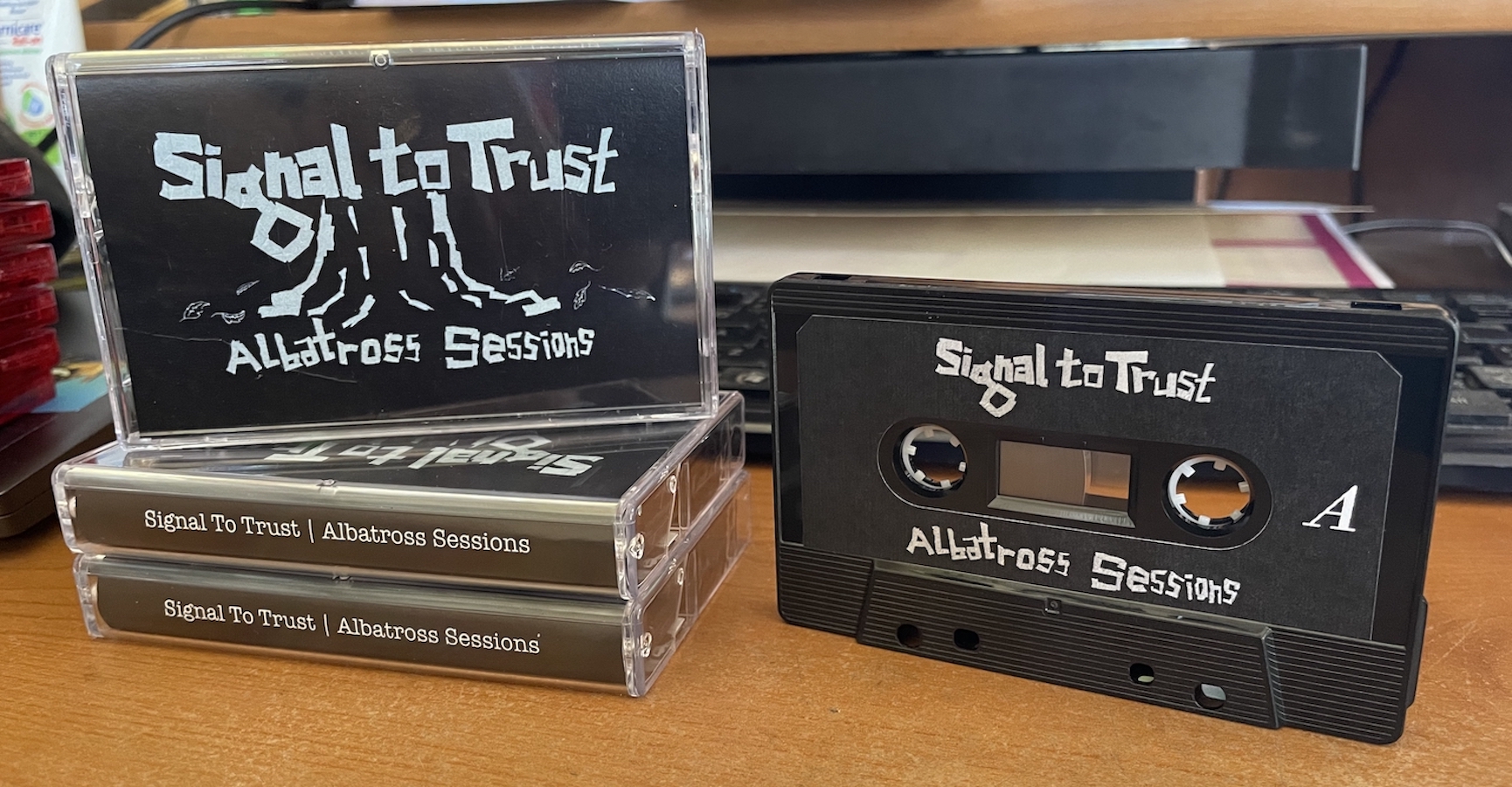 Today is a release day 20 years in the making. The Signal To Trust album, "Albatross Sessions", is out now! Featuring 11 tracks of tightly wound post-punk influenced rockers, "Albatross Sessions" features the band's original lineup with Brandon Onward (Rouse) on vocals. Signal To Trust recorded the album in 2000 for an intended 2001 release, but Brandon left the band shortly after the sessions and the recordings remained shelved until now. The album comes on black cassette tapes and a digital download is included. There are also a handful of copies on translucent red cassettes and we'll be randomly sending those out to some lucky SLN customers. You can order a cassette copy or a digital-only copy from our WEB STORE or from our BANDCAMP. You can also find this stunning album on all the standard digital/streaming sites, plus the cassette is distributed by Recess Ops. This release is a collaboration with our old buddies at Modern Radio Record Label and This Ain't Heaven Recording Concern. Best of all, the album release was sanctioned by all four original members of Signal To Trust and was a great way to reconnect with so many friends. Thanks y'all!